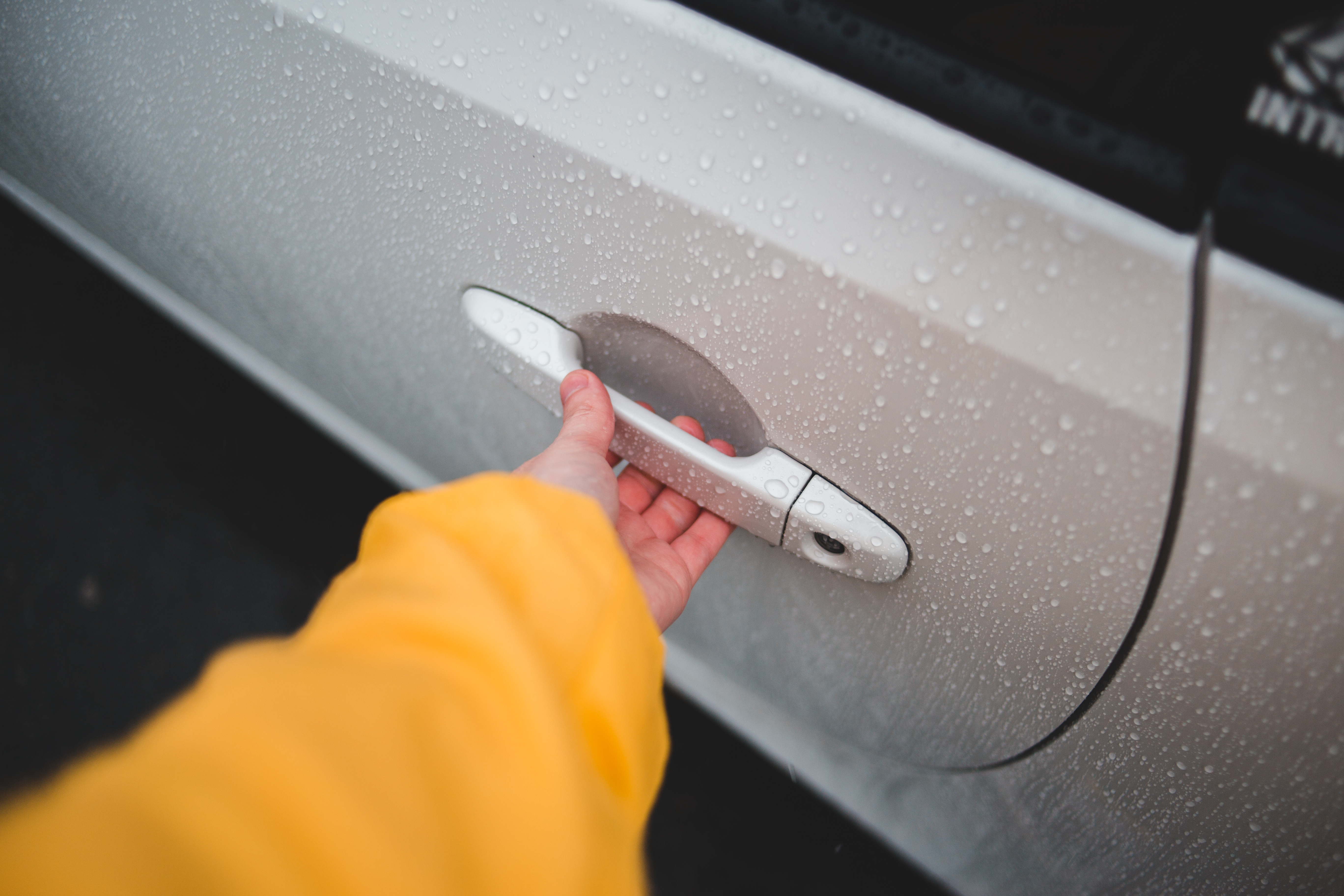 1. Automobili Lamborghini SpA is an Italian automobile company that manufactures luxury and high-end sports cars. It is based in Sant’Agata Bolognese, near the city of Bologna, Italy. Lamborghini was founded by an Italian engineer Feruccio in 1963.

2. Automobili Lamborghini SpA arose as a result of the competition between Feruccio Lamborghini and Enzo Ferrari (from Ferrari cars) who at that time was already known as a famous sports car manufacturer. Feruccio Lamborghini himself was an accomplished engineer; He was the owner and manager of a successful company that produced agricultural machinery. Feruccio loved sports cars and owned a Ferrari 250 GT. It is rumored that two major manufacturers had a conflict after Lamborghini personally addressed Enzo Ferrari due to the broken clutch on his Ferrari 250 GT. The irascible Enzo is believed to have recommended to Feruccio that he deal exclusively with tractors and not even touch a sports car. Feruccio Lamborghini took it as a challenge and resolved to use his assets, experience and passion to found a company, capable of going head-to-head with Ferrari.

3. This may come as a surprise to some of you, but Lamborghini never entered any major motorsport competition. According to the will of Feruccio Lamborghini, his company stayed away from racing, because the famous Italian engineer always believed that motorsports were a great waste of time and resources.

4. One of the things Lamborgini has always been known for is its top-notch design. Some of the best professionals in the industry, including Franco Scaglione, Touring, Zagato, Mario Marazzi, Bertone, ItalDesign, and Marcello Gandini, worked on its visual design.

5. People often think of high-performance, luxury touring cars every time someone mentions the Lamborghini name. However, the Italian automaker has created some unusual models. Feruccio Lamborghini had extensive experience in the production of tractors, so it seemed natural to him to try to design a car with high off-road capabilities. Lamborghini LM002 was the first SUV, built by the Italian car manufacturer. Combining speed and luxury with exceptional off-road capabilities, the Lamborghini LM002 was in many ways far ahead of its time. When it comes to comfort and ability to cross rough terrain, only Land Rover could compete with the LM002. Unfortunately, the car market was not ready for the new luxury SUV. Therefore, despite orders from the Saudi and Libyan armed forces, Lamborghini sold only 301 vehicles.

6. The Italian automaker launched its first production model in 1963. With a top speed of 280 km / h, the Lamborghini 350GTV was a leader among production cars of its time.

7. The Italian company uses a very distinctive naming convention for its car models. Feruccio Lamborghini was a great fan of Spanish bullfighting. In 1963 he visited the Miura cattle farm in Seville. It was owned by Don Eduardo Miura Fernández, one of the most famous fighting bull breeders in Spain. This visit had a strong influence on the Italian industrialist. In fact, he was so impressed by the traditional art of bullfighting that he made the decision to name all his new sports cars after famous fighting bulls. Traditionally in the Spanish bullfight, bulls are given life that manage to beat a bullfighter, and their names are forever inscribed in the history of this sport. Ferruccio Lamborghini was convinced that the name of a fighting bull will emphasize the untamed nature of sports cars created under the Lamborghini brand. By the way, Ferruccio Lamborghini himself was also a bull in a sense, as his zodiac sign was Taurus. (He was born on April 28, 1916).

8. The first model to be presented to the world with the name “bullish” was Lamborghini Miura. The sports car debuted at the Geneva Motor Show in 1966. It was warmly received by the public; however, onlookers were somewhat confused, as they were not allowed to open the hood. This was no coincidence – there was simply no engine underneath! Since the engine was still being designed, the prototype was sent to the Geneva Motor Show with a ballast rather than an engine under the hood. Finally, Miura proved to be a very good car.

9. Lamborghini Countach was produced by the Italian company for 16 years (from 1974 to 1990). Notably, this sports car is one of the few Lamborghini models, with a name that has nothing to do with bullfighting and bullfighting. The word “countach” comes from the Piedmontese language, spoken in a region of Piedmont in northwestern Italy. It is an expression of enthusiasm or amazement and can be translated as “Heavens!” According to legend, Nuccio Bertone himself made such an exclamation when he saw the first sketches of the future supercar.

10. The Lamborghini story was not always a success story. In 1987, the American car giant Chrysler practically saved it from oblivion by acquiring it. The same year, the Italian carmaker presented a peculiar concept car under the name of Portofino. It was a guillotine-style four-door sedan, powered by a rear-mounted 3.5-liter engine. Although it remained only a prototype, its image and design were later embodied in many Chrysler automobiles.

11. In 1994, Lamborghini was acquired by an Indonesian investment group. It was a period of uncertainty for the Italian brand. The German car giant Volkswagen saved the famous car manufacturer. Since 1998, Volkswagen has controlled Lamborghini through its Audi subdivision. Without a doubt, this was a mutually beneficial union for both companies.

12. The design of the modern Lamborghini is unusual even for supercars. The steel-cut body style, which became the signature of most Lamborghini models, makes it similar to fighter jets. Designer Filippo Perini admitted that he was inspired by military aviation. He was particularly impressed by the American B-2 and F-22 aircraft while working on the Lamborghini Aventador.

13. It turned out that the powerful Lamborghini V12 engine is perfect for speedboats and supercars. This technical symbiosis is not common in the automotive industry. The luxury boat Riva Aquarama became one of the market leaders thanks to the high performance and versatility of the incredible Lamborghini V12 engine.

14. Interestingly, Lamborghini cars are used by the police in the United Arab Emirates and Italy. It makes sense if you think about it; Nothing can distract criminals and attract tourists like the fastest police car in the world!

15. As we have already mentioned, Feruccio Lamborghini neglected motoring and tried to stay away from it. However, the Italian automaker is reviewing this strict policy, as today it is a stumbling block for an automaker that specializes in supercars to ignore motorsports in its entirety. Today, the company has a notable presence in the world of motorsports. The Lamborghini Blancpain Super Trofeo is an example of a successful collaboration between the two legendary brands. Automobili Lamborghini SpA and Swiss watchmaker Blancpain teamed up to launch this prestigious international motorsports series. In 2009, the Swiss company even presented a special watch, dedicated to this one-brand championship.

16. This comes as no surprise that the Lamborghini brand has some of the most impressive achievements in the automotive world. The last was the speed record of 384 km / h set by the Lamborghini Huracan during the half-mile race.

17. Lamborghini has a very long and fruitful relationship with the Italian wheel manufacturer PIRELLI. From day one, PIRELLI tires were used on all Lamborghini vehicles. The Italian automaker even created the special version of the Lamborghini AVENTADOR, dedicated to PIRELLI.

19. Lamborghini is partly responsible for the rise of the well-known car brand Pagani. The founder of Pagani Automobili SpA, Horacio Pagani, had worked as an engineer at Lamborghini until he quit due to his inability to use his own ideas. In 1988, the famous Argentine builder, eager to put his talent as a designer to use and make his own product, created a new company Pagani Automobili SpA

20. Today, Lamborghini supercars are powered by V8 or V12 engines. The ratio between those two types of motors is roughly 3: 1.